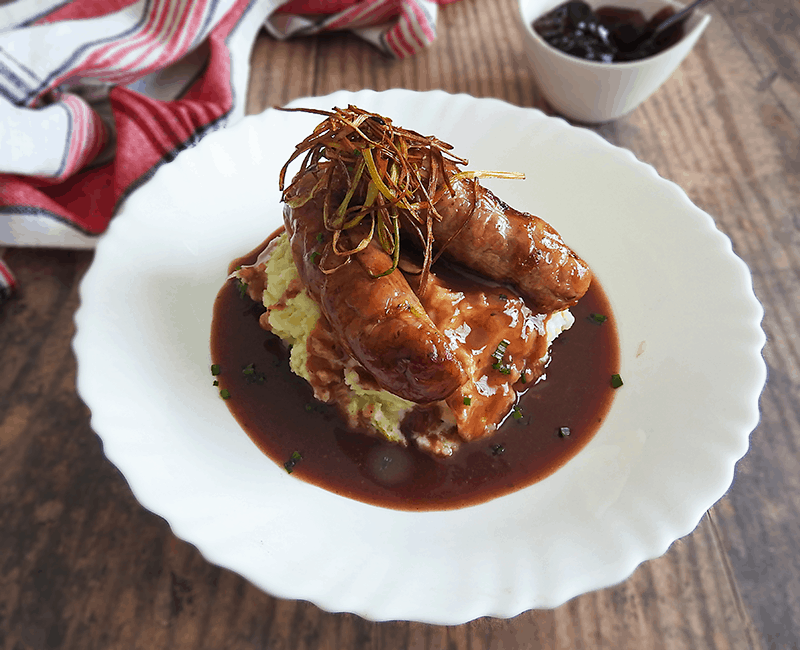 Bangers and Mash is a great British classic dish. And it’s just yum! Comfort food at it’s absolute best. Yet, I feel that I don’t make this enough these days, despite how simple a dish it is. If you’ve never tried this combination then do it, do it now! And I’m guessing you are most definitely not from, or in, the UK if you haven’t. I decided that I wanted to make a slightly grown up version of this classic, which is where the inspiration for the jus was born. It’s made with the sausage juices, rich redcurrant jelly, balsamic vinegar and a good glug of red wine. Beautiful! Sound intriguing? Give this Bangers and Mash with Redcurrant Jus a try! 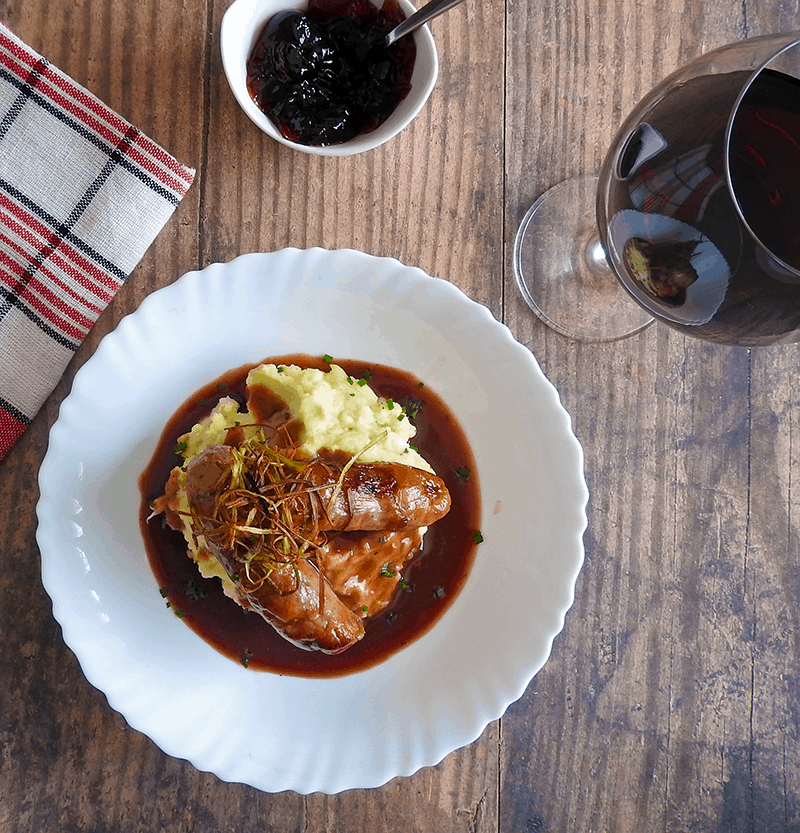 Do you know why Brits call sausage and mash bangers and mash? It actually originates from World War I. As food was rationed and meat was scarce, sausages were often padded out with other ingredients such as water. This made them ‘explode’ sometimes during cooking as the water heated and boiled – hence the name bangers.

The Redcurrant Jus in this recipe is quite sweet, I added the balsamic to offset the sweetness of the redcurrant jelly a little. It does go beautifully with the sausages, but if you do prefer your sauces to be more on the savory than sweet side then you could reduce the amount of redcurrant jelly by up to half. It’s a flavoursome jelly so even by doing so you’ll still get a solid taste of the redcurrants in the jus.

I have to say, I’m sold. I’ll be making this dish far more often going forward. It is a particular indulgence for me though, as pork sausages really are priced at a premium, living in a Muslim country and all. It’s funny how something that is viewed as a simple and basic meal in the UK is suddenly a luxury for me.

This dish is definitely not the healthiest, or the lowest in calories. It’s comfort food at it’s best. Although I’ve not tried it, you could find lean sausages or chicken meat sausages which would likely bring it down a little.

Are you a fan of Bangers and Mash? Or do you have any twists on the traditional dish? I’d love to hear them. 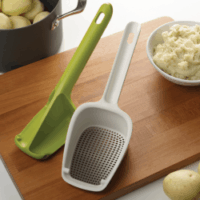 Scoop and potato ricer in one – makes life so much easier!
Buy Now 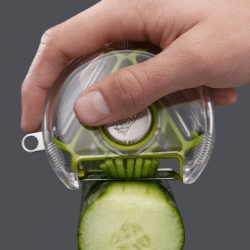 Bangers and Mash with Redcurrant Jus

Bangers and Mash – the traditional British dish, this time rebooted with a grown up twist and featuring redcurrant Jus. Plump sausages go perfectly with a gravy of sweet redcurrant jelly, tangy balsamic vinegar and red wine. 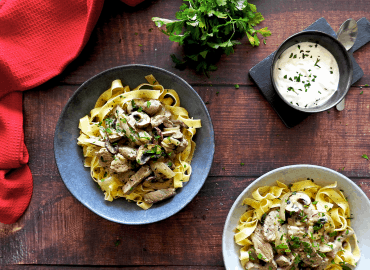 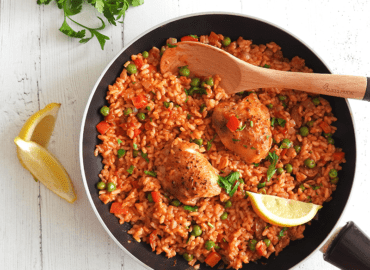 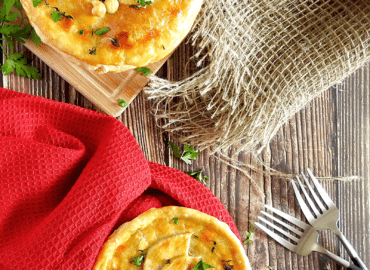 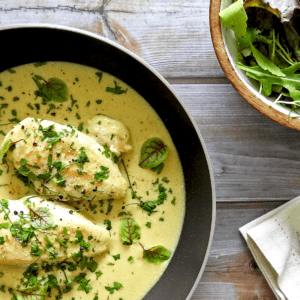 This healthy honey & mustard chicken is so creamy and saucy, you won’t believe it’s only 350 calories! It’s also great for batch cooking, so perfect for midweek meal prep. 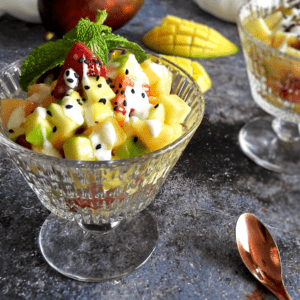 A healthy and wholesome fruit salad, glistening with pureed mango and delicious drizzled with natural yogurt. This is a great option for a light dessert or a snack on a hot summers day. 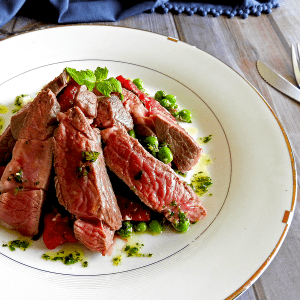 Leave a Comment on Lamb Steak with Feta and Mint Gnocchi

Hugely impressive and tasty, you won’t believe that this restaurant-quality meal takes less than half an hour to make! Lamb steak with feta and mint gnocchi served with peas and citrus gremolata.

Get weekly recipes direct to your inbox!

Your information will *never* be shared or sold to a 3rd party.