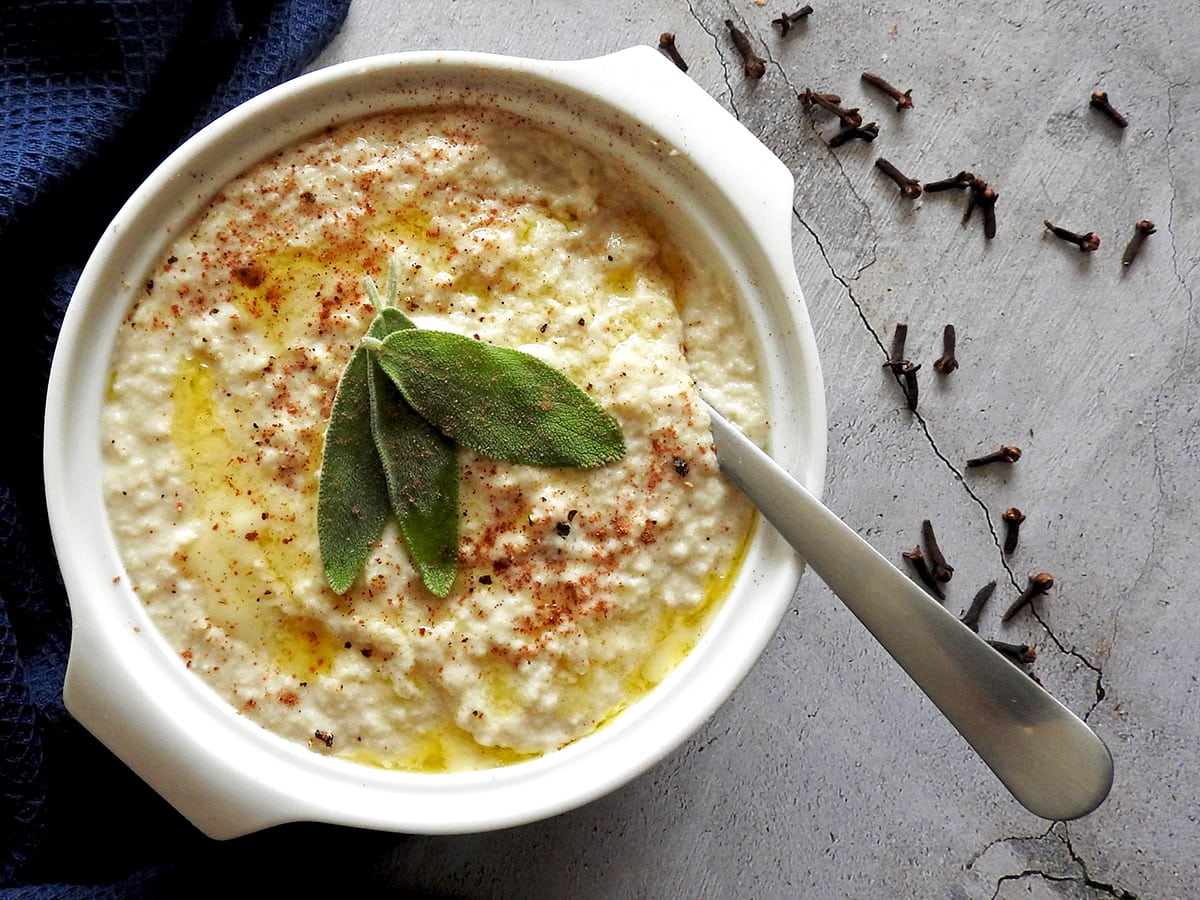 The smell of bread sauce infusing in the pan is the smell of Christmas for me. We typically make the bread sauce a day ahead so it’s easy to finish off on the day (see instructions below). This recipe makes a traditional, fragrant and creamy sauce that is perfect to go with roast poultry. Since pretty much every Christmas dinner I’ve eaten or made since the ’80s has been adapted in some way from Delia Smith’s Christmas, this recipe is also inspired by Delia’s classic bread sauce.

Bread sauce is a traditional British sauce that dates back to medieval times. Bread was commonly used as a sauce thickener in those times – and it’s likely that this sauce was invented as a way to use up bread that was going stale.

While for some in the UK, bread sauce is a staple, many others are not a fan or haven’t even tried it – so it’s not something that you’ll find in every household.

The sauce is made from milk which is infused with flavours of cloves, onion and pepper. Breadcrumbs are then added which swell and result in a thick texture. Butter and milk are stirred into the sauce before serving.

What does it go with?

Bread sauce is typically eaten with a roast dinner of chicken or turkey. It’s a great sauce to go with drier cuts of the meat as it adds extra flavour and creaminess! It’s most commonly served at Christmas alongside the turkey.

Leftovers can be eaten cold or reheated and are often eaten with leftover turkey or in a sandwich.

Can I freeze it?

You can absolutely freeze this bread sauce. Simply portion into freezer-proof containers and then pop in the freezer for up to 3 months. Defrost before reheating and then heat it up either in the microwave or on the hob.

You can also make this a little ahead of time, particularly great if you are making this as part of a Christmas dinner with a load of different ingredients on the go. You can make the sauce up until the stage when you add the final addition of butter and cream and then cool and pop into the fridge for a day or two. Around half an hour before you want to serve it place it back into the pan and reheat over a low medium heat with a lid on. Stir in the cream and final addition of butter before serving. Leftovers can be kept in the fridge for up to 3 days.

If you aren’t a fan of cloves then you can use 1/2 tsp nutmeg instead – or you can add the nutmeg as an extra addition.

How to make it

First cut the onion in half. Cut it through the fat part of the middle (rather than cutting through the head and tail. Peel off the outer skin and then push the cloves into the middle of the onion. This is optional and you can just add the cloves directly to the milk. I like how it looks though!

Add the milk to a saucepan and then place the studded onion, peppercorns and bay leaf in. Place over a medium high heat and bring to a light simmer. Don’t let it reach a full boil as the milk may scorch on the bottom of the pan which will result in a layer of brown skin – which will ultimately end up being stirred into the sauce and it isn’t pretty!

Once the milk reaches a simmer remove it from the heat, place a lid over the pan and put it somewhere warm to infuse for 2 hours. The top of a radiator works well.

While the milk is infusing you can make the breadcrumbs. Simply cut the crusts off the bread and pulse the bread in a food processor or using a stick/immersion blender. You want the bread to be a little stale so you can use bread that is a few days old or you can spread the pieces out on a tray for a few hours. To speed the process up put the pieces in the oven on a really low heat until they have firmed up a little.

After 2 hours (minimum – you can leave for longer), remove the onion, peppercorns and bay leaf and return the pan over low heat. Add half the butter and the breadcrumbs and stir everything together. Leave over the low heat until the sauce is nice and thick.

When you are ready to serve stir in the remainder of the butter and the cream.

Looking for other great side dishes to go with your roast? Try this braised red cabbage or these roasted sprouts with cranberries. 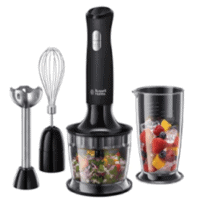 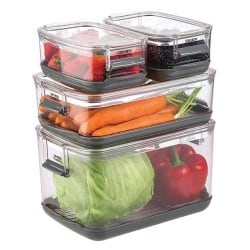 This traditional bread sauce recipe gives an irresistibly fragrant and creamy sauce that is perfect alongside roasted turkey or chicken.

Traditionally double cream is used for making bread sauce, however, if you are outside the UK you may struggle to find this. I’ve tested with whipping cream several times and it works absolutely fine. 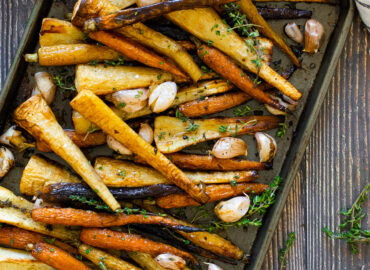 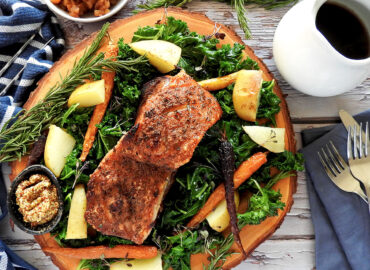 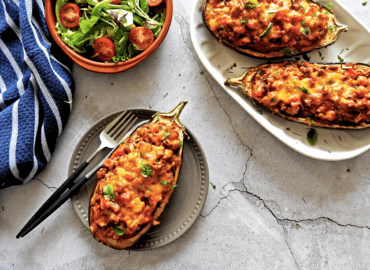