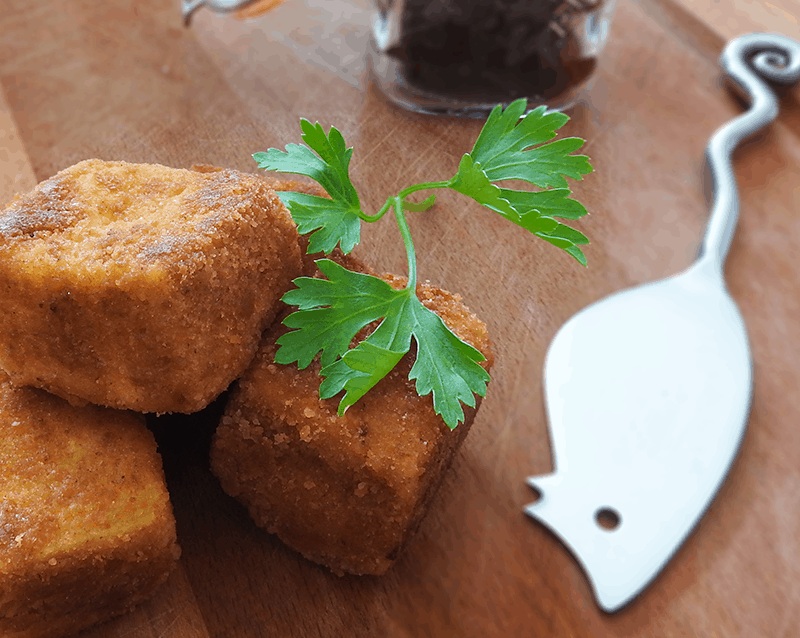 We used to make a similar dish to this when I worked in the restaurant. We’d prep them and then cook them in a deep fat fryer for a few minutes and they were yum! Crispy breadcrumbs with a gooey, hot cheesy center, what’s not to love? (Apart from the calories). They were, however, a lot of effort to consider cooking for just one person/portionn. There is some significant and messy prep involved and they only keep for a few days in the fridge before cooking.

I decided that it would be great to find a method to make these in individual portions but in a way that would justify the prep involved. The freezer was the obvious answer. After testing several rounds (including taste testing, which was a real hardship) here are my freeze ahead brie bites. Bulk prep and freeze for a few months. When you are ready to cook they go straight from the freezer to the hob – meaning they are on the table and ready to eat in less than 15 minutes. Now you can have a fancy, restaurant quality starter for one whenever the mood takes you!

The recipe calls for a couple of tablespoons of red onion marmalade when serving. You can see my recipe here (which keeps for up to 3 months in the fridge) or you can buy it in jars from the supermarket. If you cut the brie to the size indicated below then this should make around 3 pieces per portion. They will last for up to 3 months in the freezer.

A restaurant quality starter that can be prepped in advance and frozen for up to 3 months. Simply cook straight from the freezer as needed! These Freeze Ahead Brie Melts are rich, gooey and indulgent – yum! 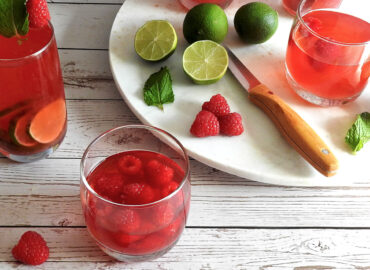 2 Thoughts on “Freeze Ahead Brie Bites”