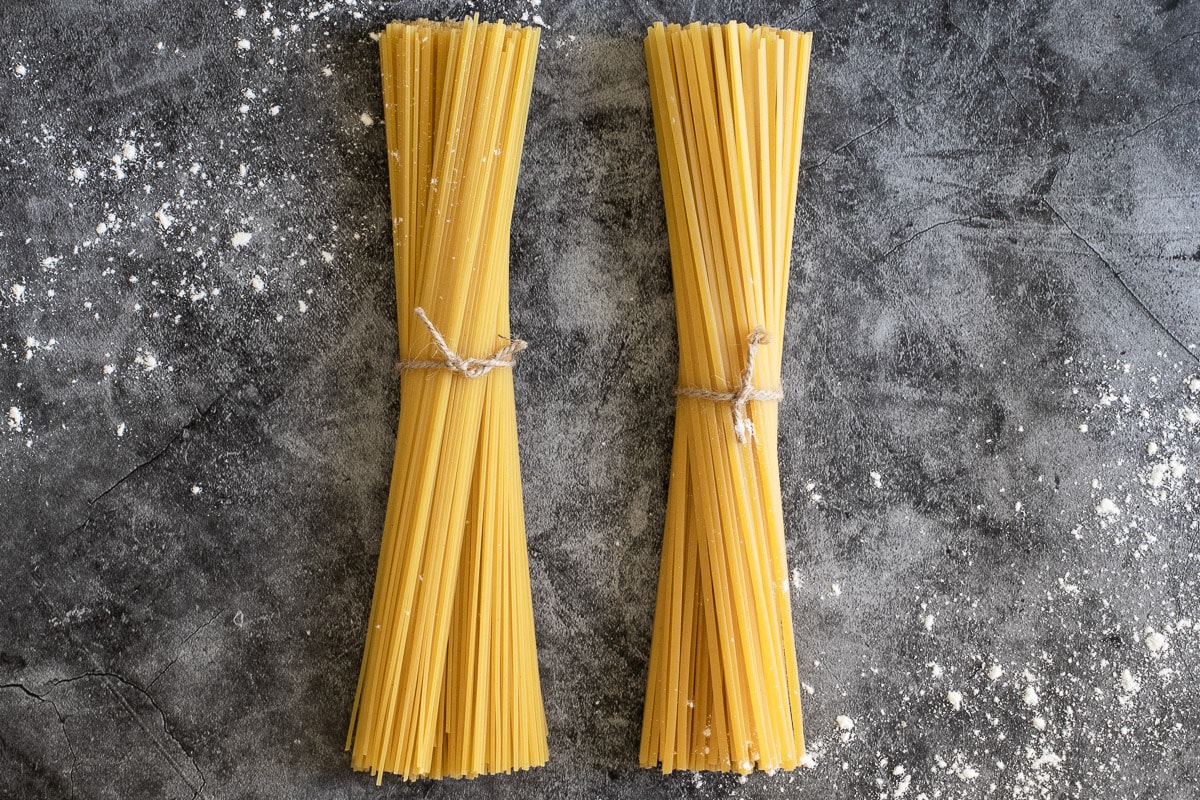 Linguine… spaghetti… they are pretty much the same… or are they? If you’ve been wondering what the differences are with linguine vs spaghetti, when you should use one or the other or if they are interchangeable then read on!

What are the differences with linguine vs spaghetti?

Both are types of pasta, both are long and thin, and both can be found in abundance in the supermarket. So, what is the actual difference here?

While linguine and spaghetti may look much the same, particularly from a short distance, there are actually some key differences between these two pastas.

Can I substitute linguine for spaghetti?

While this answer may not be the most popular with any Italian readers, you can substitute spaghetti for linguine or vice versa for most purposes.

Since both pastas are very similar in shape and thickness the end result of the recipe won’t be hugely affected. However, linguine is thicker and meatier than spaghetti, so it will hold the sauce better, but will give higher ratio of pasta to sauce with each forkful.

What dishes do they go well with?

As already mentioned, you really can use spaghetti and linguine interchangeably. However, you will typically see slight differences in the recipes they are traditionally used for. Firstly, both are typically used for delicate sauces such as oil-based or creamy sauces. Similarly, both go particularly well with seafood.

Linguine, however, is a little more versatile, as it will also go well with thicker, meatier sauces. This is because the chunkier strands won’t be drowned in the sauce quite so easily.

Fun fact: while spaghetti bolognese may be a staple in the UK, you aren’t likely to find it on a classic Italian menu. This is because bolognese sauce is meaty and thick so Italians typically serve it with tagliatelle. This is flatter and better suited for the sauce to cling to.

How do you cook pasta perfectly?

Whether you choose linguine or spaghetti, making sure you have perfectly cooked pasta is essential for a great meal. Follow these few tips to make sure you have great results, every time.

Craving some pasta now? Check out these recipes that go great with linguine or spaghetti: 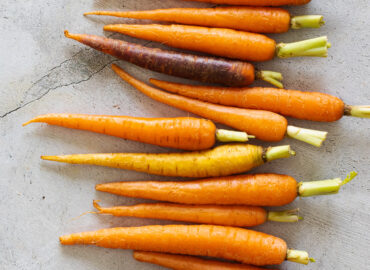 How to Store Carrots 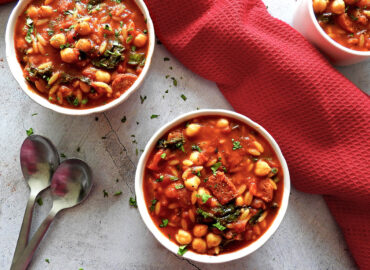 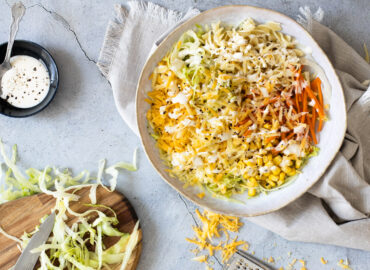