When I first moved to the Middle East, tabbouleh salad was one of the first traditional dishes I sampled. I was pretty hooked on it for months. Since I got it out of my system after my initial binging I don’t tend to make it so much now, but it’s still an absolute must for me whenever I’m eating in a traditional Arabic restaurant.

Where does Tabbouleh Salad originate from?

The dish hails from the Levant region and is commonly most associated with Lebanese cuisine. If you’ve never tried it before then absolutely give it a go! There are slight variations in the ingredients from country to country. This recipe follows the traditional Lebanese method.

What can you eat with it?

Tabbouleh salad is typically eaten as part of an Arabic mezze. It’s not the kind of salad you could eat a big bowl of as it’s quite intense. The most prominent ingredient being finely chopped parsley. It doesn’t traditionally have any lettuce leaves, although some variations do. A couple of spoonfuls of this alongside a juicy Arabic kebab or grilled chicken breast is absolutely beautiful!

The salad does require quite a bit of chopping and it’s best to try and get the ingredients as dry as possible. However it’s pretty straight forward to make and it’s a great versatile accompaniment to so many things. It’s when I’m making dishes like this that I am so thankful for having a great knife set. They don’t sell my exact set any more but I’ve linked to a similar block below. I was given them as a 21st birthday present from my mum (15 years ago!) They are still as good as new despite being used almost daily and having survived living in 3 different countries across 2 continents. I strongly recommend them!

How long will Tabbouleh Salad keep in the fridge?

This tabbouleh salad will last 3-4 days in the fridge. It actually tastes better after the second day as the flavours have had more time to infuse. I also took these photos on day two – so you can see that it still looks great! Unfortunately you can’t freeze this so it’s not the best recipe for bulk prep. But, if you are cooking it for just yourself you can justify the chopping investment by eating it over a couple of meals – maybe even with different accompaniments. Perhaps one meat and one fish dish.

The recipe below will give you 4 small portions (perfect for a mezze) or 2 larger more substantial portions.

If you’re a fan of Middle Eastern food then also check out my Apricot & Lamb Tagine and Honey & Date Quinoa Salad. 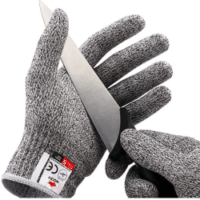 Save your fingers when chopping! Ideal for cutting, working with mandoline slicers, knives, cutters, graters and peelers in the kitchen, oyster shucking, and so much more…
Buy Now

Up your chopping game with this fabulous 9 piece set. Comes with a lifetime warranty.
Buy Now 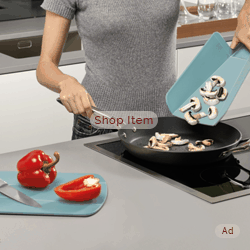 Tabbouleh Salad – a fresh, herby salad which is traditionally served as part of an Arabic Mezze. Dressed with zesty lemon and oil, this is a beautiful and light side dish which is highly versatile. 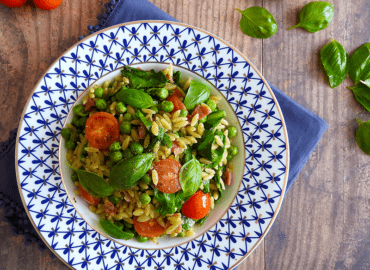 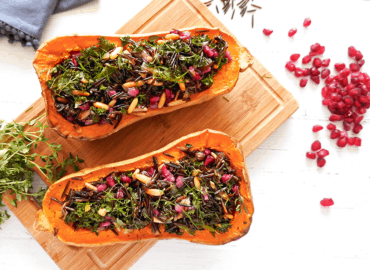 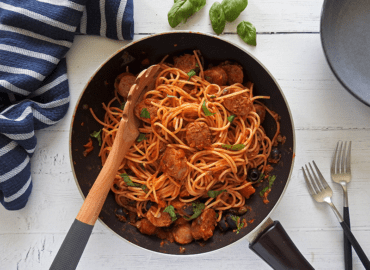