This cocktail is a delicious mix of passionfruit, vodka and vanilla. It was invented in 1999 in a London bar. The name was meant to signify a confident, powerful and sexy drink, rather than simply to be controversial. Although I’m sure it was a purposeful mixture of both.

The cocktail is not really a relative of the standard martini (it doesn’t actually contain vermouth). They are both served in martini glasses though. Needless to say, it’s popularity has exploded over the years, and you’ll find it in bars worldwide.

This cocktail includes fresh passionfruit, vodka, passionfruit juice, vanilla essence and lime juice. It’s served up with a small glass or shot of prosecco on the side. Traditionally champagne was used, but I actually prefer the drier taste of prosecco.

You may have noted that I make this without Passoa, which is a passionfruit flavoured liquor and a standard ingredient. I just simply don’t buy it often because it’s a little sweet for me, so it ends up sitting in the cupboard for years. However, you can make this with passionfruit juice instead, and a little extra vodka and it tastes just as great! However, I’ve included the directions below for both variations.

Some recipes also use vanilla vodka. You can achieve the same result with standard vodka and a little vanilla essence.

This recipe is very simple to make. Simply halve a fresh passionfruit and scoop out the seeds and place in a cocktail shaker. Add vodka, passionfruit juice, freshly squeezed lime and ice and shake furiously for 10 seconds. Strain into frozen martini glasses and serve with half a passionfruit for garnish.

The drink is also served with a cold shot of champagne on the side (although I prefer prosecco). It’s intended that you sip the cocktail and the champagne in alteration so it serves as more of a palette cleanser. Some people pour it straight into the drink or actually take it as a ‘down in one’ shot. If you’re trying to look like you know what you are doing, then don’t do that…

This recipe uses passionfruit juice instead of Passoa (passionfruit liquor). However, you can use Passoa if you have it in. I’ve included how to adjust the amounts in the recipe below.

You can also use vanilla vodka and omit the vanilla essence in the recipe.

Looking for other great cocktail recipes? Check out this easy mojito recipe or, if you want something sans-alcohol, this frozen strawberry daiquiri mocktail.

Products that work great for this recipe 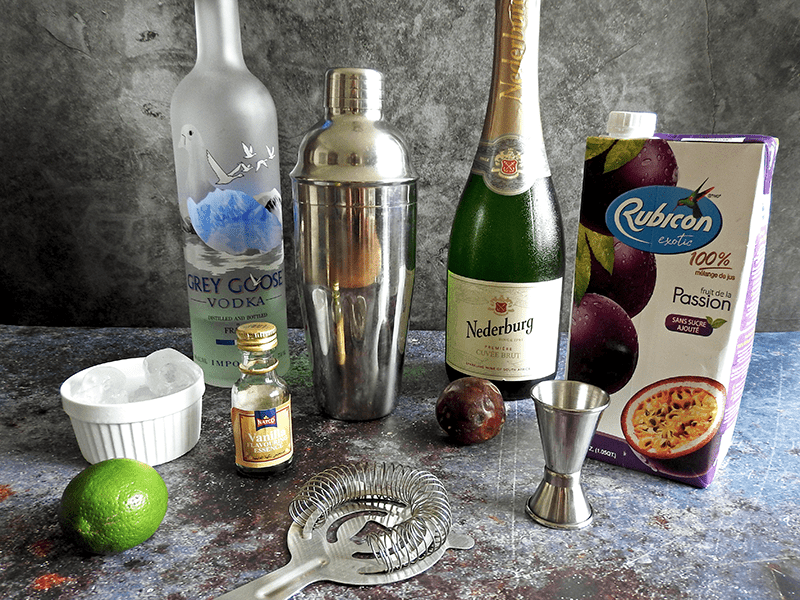 1. Cut the passionfruit in half and scoop the seeds from one half into a cocktail shaker

2. Add the vodka, passionfruit juice, vanilla essence, lime and ice into the shaker and shake furiously for around 10 seconds 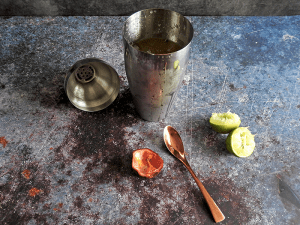 3. Strain and pour into a martini glass and garnish with the remaining passionfruit half. Serve with a shot of prosecco on the side 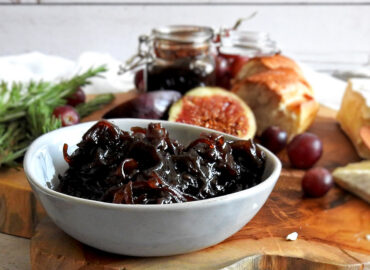 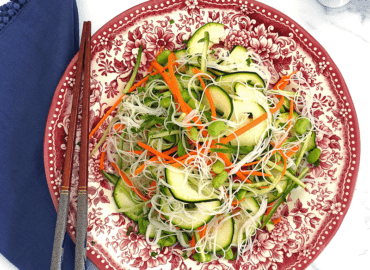 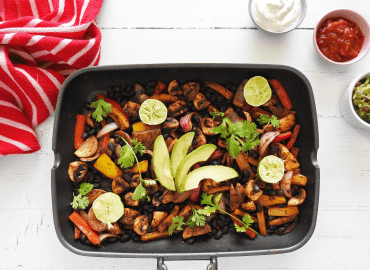 Get weekly recipes direct to your inbox!

Your information will *never* be shared or sold to a 3rd party.