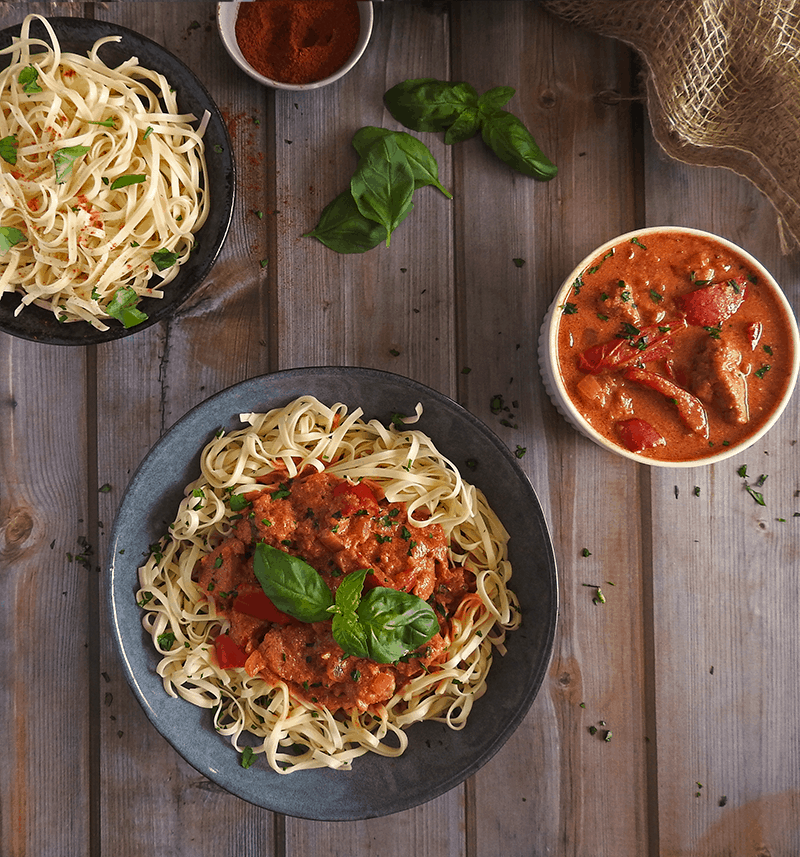 Honestly, once you have made this recipe there will be no going back – it is truly one of the tastiest, most tender, comforting recipes ever. I promise you’ll be hooked – it’s sure to become a staple in your home. This Slow Cooker Pork Paprikash is also super simple to make. Plus it’s perfect for slow cooking over long periods of time – leave it on while you go to work and you’ll come home to the dreamiest smelling dinner ever.

Where is it from?

Paprikash hails from Hungary. I had the pleasure of visiting Budapest last June and it really did exceed my expectations. There are so many beautiful buildings and sights. I was blown away. I also (of course) sampled some of the great dishes on offer including a few traditional Hungarian stews.

You have likely heard of (or eaten) Goulash. This is similar in a lot of ways – both are stews, flavoured with paprika. However, paprikash adds extra creaminess by adding sour cream at the end of cooking. Goulash is also mainly made with beef, and paprikash most commonly with chicken. I’m sure there are more differences in how they are traditionally prepared so if you know of them then let me know!

The recipe includes pork loin, red peppers and onion. It’s simmered in a sauce of stock, garlic, tomatoes, and of course, paprika! At the end some sour cream and basil is stirred into give it an extra creaminess.

Other ingredients you will need are flour and olive oil (for browning the pork), and red wine vinegar to add to the sauce.

What can you serve it with?

Paprikash is traditionally served with Hungarian noodles called nokedli. They are egg noodles and made in small pieces unlike than the noodles you are probably acquainted with. I’ve not yet tried my hand at making them but it’s on my list! When I’ve made this I’ve served with standard ‘egg noodles’ from the supermarket – which is totally yum!

It would also be a great dish to serve with potatoes – mashed or roasted would be perfect!

Can you freeze it?

You can freeze pork paprikash. As the sour cream is mixed into the sauce it stabilizes it so it doesn’t separate (as it would if you froze sour cream alone). Cool the stew and freeze asap for up to 3 months.

Thaw the stew before reheating. You can reheat in the microwave or on the hob. You can also store leftovers or extra portions in the fridge for up to 3 days and reheat in the same way – perfect if you are making this just for one as you can make a few portions to eat later!

If you’re a fan of slow cooker meals then also check out this Slow Cooker Mango Chicken and these Slow Cooker Mediterranean Stuffed Peppers. 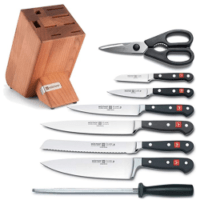 Up your chopping game with this fabulous 9 piece set. Comes with a lifetime warranty.
Buy Now 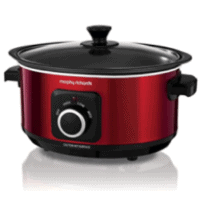 A stew you’ll come back to time and time again – this slow cooker pork paprikash is so comforting and creamy with the most tender slow-cooked pork. Yum! 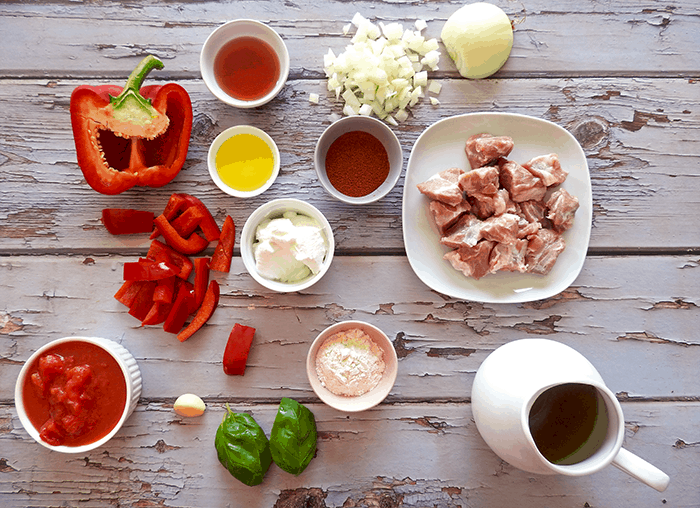 1. Toss the diced pork in the flour 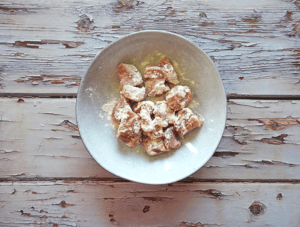 2. Heat the olive oil in a non stick frying pan or skillet and when hot, add the pork to the pan so that it’s evenly spread and the pieces are not overlapping. Cook for 3-4 minutes, turning so each side of the pieces gets browned. Remove from the pan and add to the slow cooker. 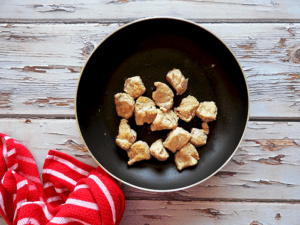 3. Reduce the heat to medium and add the onion, garlic and pepper, cook for around 2-3 minutes until softened. Add a few more drops of olive oil if it starts to stick 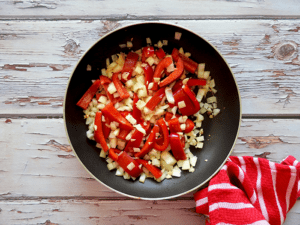 4. Add the stock, tomatoes, paprika and red wine vinegar to the pan. Bring to a simmer and let reduce slightly for around 5 minutes. 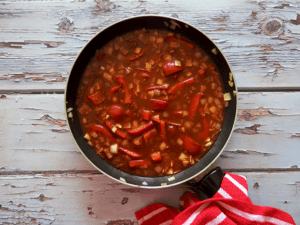 5. Add the mixture to the slow cooker. Pop on the lid and cook on low for 8 hours. See note 1 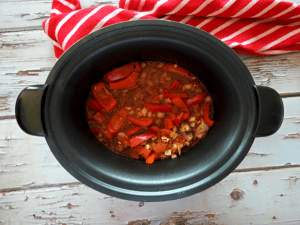 6. At the end of the cooking time take a cup of the liquid in a small bowl and whisk in the sour cream. Then add the sour cream mix and basil to the slow cooker and stir everything together well. Serve over steaming egg noodles or mashed potato – yum! 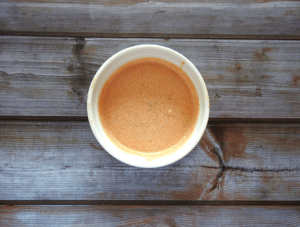 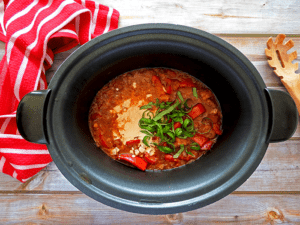 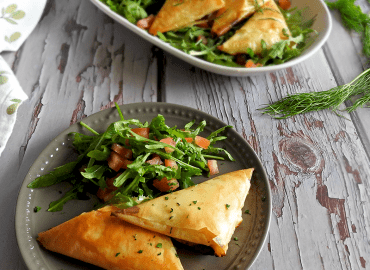 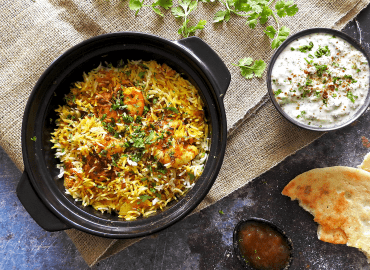 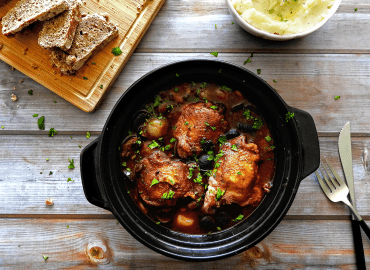