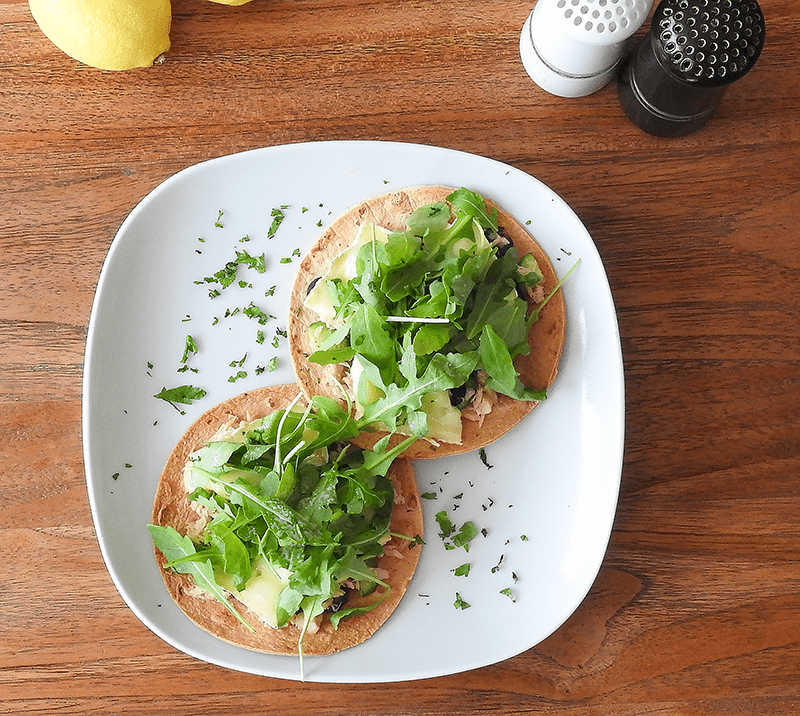 I came up with this recipe as I was hoping for a simple, can-eat-two-days-in-a-row lunch. I often duplicate my meals, cooking or prepping for two portions and then eating them over 2 days, back to back. While it might not present the most exciting variety, it definitely helps to make life easier.

I’m a huge fan of the traditional ‘tuna melt’ and wanted something that was a bit different than a typical sandwich. This is by no means a traditional tostada – to be honest, the only thing that it has in common with a standard tostada is the toasted tortilla. But it’s a great combination and really tasty. Meet my tuna & brie melt tostadas!

As this recipe calls for half a tin of tuna, it’s probably best to take the same approach of eating it over two days, or lining up a meal in one of the following days that will use the other half.

I couldn’t find small tortilla wraps (I know they sell 6″ ones but finding specific things in Dubai is sometimes like finding a needle in a haystack). Therefore I cut around an upturned bowl to slightly reduce the size of these, leaving them around 5 inches in diameter which was about perfect.

Not the healthiest meal in the world, given the brie, but it’s a beautiful dish. The crunch from the tortilla with the creaminess of the cheese is a fantastic combination! 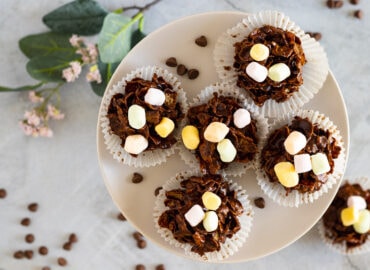 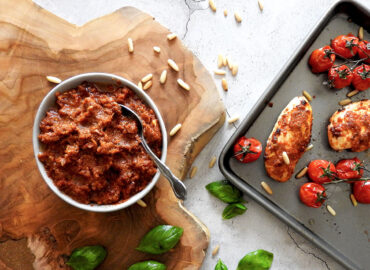 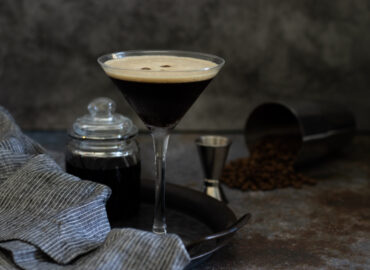