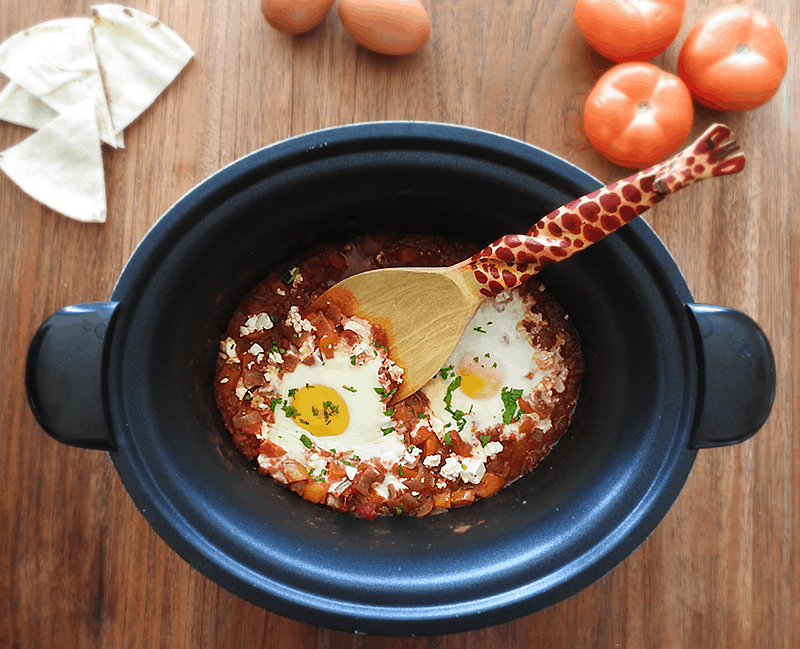 Living in the Middle East, Shakshuka is found on lots of menus around here. If you are unfamiliar with it, it is a spiced tomato based dish served with peppers and eggs poached right in the dish itself.

This dish makes a great weekend brunch which is super easy to knock up. I decided to make a slow cooker version which can be pulled together in mere minutes and then forgotten about while it cooks for a couple of hours. I’ve also added feta for an even tastier, salty kick. This Slow Cooker Feta Shakshuka is perfect for a lazy Saturday morning.

If you want to make a couple of portions you can cook everything in the slow cooker and then remove half before adding the eggs. Cool the extra portion and refrigerate. When you come to eat the second half you can simply pour into an oven proof bowl, make a well, crack in the eggs and then place in the oven at 180°C for 15-20 minutes. Easy!

Slow Cooker Feta Shakshuka – a spiced tomato sauce with colourful peppers. Served with an egg poached directly in the dish – Great for a hearty, healthy breakfast or a tasty brunch. 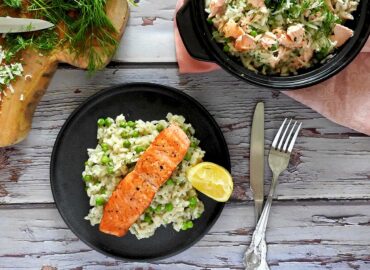 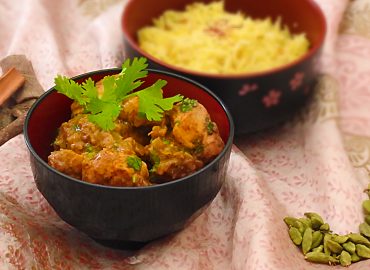 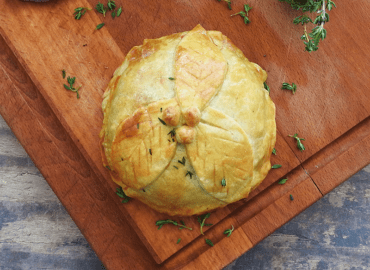